So many ways to mark the passage of time; the years slip by in a cycle of celebrations and anniversaries.  The old shoe-boxes under the bed fill up with hoarded birthday cards and folded wallets of photos; you build a treasure trove of loving wishes and embarrassing haircuts.
And there, tucked into a corner next to the boxes, still in its supermarket carrier bag, is the Easter egg you bought a couple of days ago. You’d been queuing up to buy your lunch when you’d seen the coloured boxes stacked high at the checkouts, when you realised how the passing decades have also been marked by the rise and fall of the Easter egg count.
When you were young there’d been an Easter egg every year.  Three identical eggs lined up on the sideboard, one for each of you and your sisters. On Easter Sunday morning you’d take yours from its box and run your finger over the shiny purple foil, smoothing it out until the cracked pattern of the chocolate showed through from underneath. Then you’d unwrap and gently prise it apart, trying to keep the halves intact while you sought out the chocolates hidden inside. You could make it last for three days; eating the chocolates first, then one egg-half at a time, breaking off small pieces along the pattern lines.
There might have been two eggs each in the years after your parents split, but you don’t really remember, already by then your head was full of ideas for building another home and a new family. The first years of married life brought extravagant Easter gifts wrapped in crisp cellophane, tied with satin ribbons. Thrilled by the romantic gestures you saw no forbidding portents in the over-sized packaging and disappointing content.
Then came the years when the children were small. For weeks before Easter you’d push the buggy around Woolworths, walking slowly past the floor to ceiling displays, while they pointed out the ones they liked the look of, the eggs they hoped they’d get. And you chose with such care, each had to be just right for its recipient. A grown-up egg with proper chocolates for a girl so nearly a young lady; a Yorkie bar for a strong quiet lad; a black-and-white covered round ball of chocolate, for your football-loving boy; and a small pink-wrapped oval nestling in a ballerina-decorated cup for your singing, dancing baby girl. You’d keep them all under the bed, hidden away from sticky fingers until Easter morning.
In those days there were so many eggs; gifts from parents, grandparents, aunts and uncles, everyone wanting to mark the occasion, shower attention with a sweet treat, mindless of harm to teeth and tummies. It would be days before the boys’ appetites weren’t ruined by eating chocolate between every meal; weeks and months before the girls would get through the eggs that, just like you, they insisted on saving for eating slowly, bit by bit.
After a few years the number of eggs began to dwindle. Your father died, aunts and uncles had children of their own to buy for, money was tight. There was still an egg for each of them, every year, but none for you and not quite as much excitement.
Then before you knew it they were grown and you were all living in different houses. The eggs you bought, and kept in the cupboard just in case, went unclaimed when they were too busy to visit. You found them some time later, the boxes covered in a thin layer of dust, the chocolate inside mottled white. You'd ended up just throwing them away. Last year you decided not to bother at all.
But a few days ago, as you stood in the queue to pay, you’d looked over at the shiny boxes. Something about the sickly looking white chocolate egg with its gaudy pink icing had made you smile, and now it’s sitting under the bed waiting to be handed over with a kiss and a hug.
Just one egg this year, but maybe it’s marking a change. Perhaps, before you know it, there’ll be dozens again.
Posted by Sharon Longworth at 23:13

Labels: family, Getting it wrong

Meticulously described. I savored my sweets as a young girl like you did, first admiring the wrappings, then the content, and always little by little.

Years of rising and falling emotions captured in this tiny package. Just lovely

A lovely post. It is difficult sometimes with family to know what to do for the best. Mine has recently scattered to the four winds and there were several phone calls to check who was doing easter this year and to co-ordinate the egg distribution. It became somehow both more and less fun.

I enjoyed the sense of circles and as you say, "Perhaps, before you know it, there’ll be dozens again."

Beautiful. So many layers of meaning and emotion; deceptively simple.

"you build a treasure trove of loving wishes and embarrassing haircuts..."

Sublime. The whole thing was nicely done. My family's celebrating my nephew's first birthday the next time the sun rises. Easter is an after thought. Although, I admit, in reading this I consider bringing the young man an egg.

The detail of this was beautiful.

This post reminds me of my Easter weekend. Eating candies shaped like eggs over a card game, dinner with my parents but no goodies, and the odd text message from a friend about the excitement of Easter as a young mother.

All equally wonderful, but all a stark difference from previous years...and only more changes to come.

Always a sadness, followed by a smile and finally lifting your head and seeing hope.

Yes, you are so right, the decades do pass so very quickly and, of course, bring with their passing so many changes. But, we were delighted to know that there is, or was until today, still one gaudily wrapped egg hidden away under the bed.

It would be so much more apt if I could reach out and pat your arm and smile. Instead I'll lamely say, "wonderful."

All those carefully chosen eggs for your little ones; made me wistful. Yes, life is marked by such traditions. My children are still very young, but there is pressure to spend each day grabbing fistfuls of memories to store up for the future.

I hope you and yours all had a great Easter.

Reminds me of the celebrations at my grandmom's house...these days, all of us seem to have suddenly grown up...and we miss those old days...beautiful post...

My oldest, who has been questioning the existence of beloved holiday creatures, came downstairs Saturday night as easter eggs were being hidden and we were caught in the act. Although the boys were as excited as ever Easter morning, it wasn't quite the same this year.

Now, completely off topic, thank you so very much for the generous donation to Cameron's fundraising effort for pediatric cancer. He's thrilled and proud and I'm very grateful. Thank you Sharon.

The Girl Three Doors Down said...

I've been feeling the passing of time, and change with time, more than ever lately. This was a lovely chronicling of that feeling. It makes me sentimental.

I had so much fun reading this. :) Thank you.

Superb. It's very rare for you to write in the second person like this but you really carry it off. I'm not sure whether this is fiction or nonfiction, and best of all I'm not sure it matters. When you write like this it seems effortless and beautiful.

I'm with MLS on this. Writing in the second person is notoriously hard. You make it look easy. You often do.

I've always believed there's nothing more important than reading; that reading is what helps us find out about the world, the people in it and ourselves.
And if reading is the most important thing, then what better than aspiring to be one of the people who make that possible? The writers.

Drop me a letter, send me a word 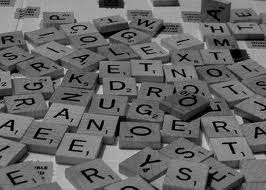 Some of the things I've written about - sometimes more than once...

These are all good people - go make their acquaintance, read what they have to say